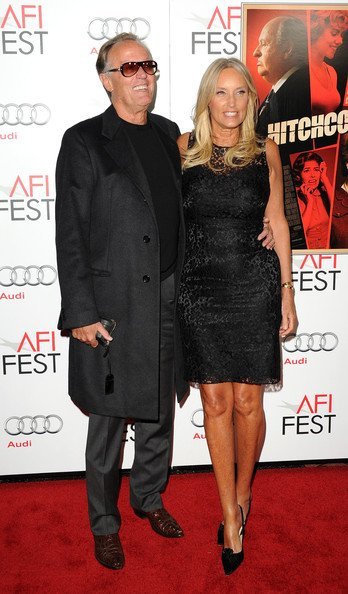 Last night, my wife Parky and I attended the AFI Opening Night Gala Presentation of the film HITCHCOCK at the Grauman Chinese Theatre in Hollywood. Audi was one of the major sponsors. They chauffeured us to the event in one of their Q7 TDI SUVs. It’s always fun to see a film at the Grauman Chinese Theatre. Besides the fantastic screen and art deco interior, it’s incredibly nostalgic for me as my dad, Henry Fonda’s hand and foot prints are in cement in the front of the theatre. That said, we took lots of photos on the carpet and were whisked in to watch HITCHCOCK starring Anthony Hopkins, Helen Mirren, Scarlett Johansson, Jessica Biel, and many others. The story centers on the relationship between Hitchcock and his wife Alma Reville during the making of PSYCHO. Great cast and film!!!

A definite highlight for me was the music. My son in law, Danny Elfman, composed the music for the film. As usual, his score was absolutely brilliant! We loved his use throughout the film of the high-pitched sounds from the original score of PSYCHO of 1960 during the stabbing scenes in the shower!!!