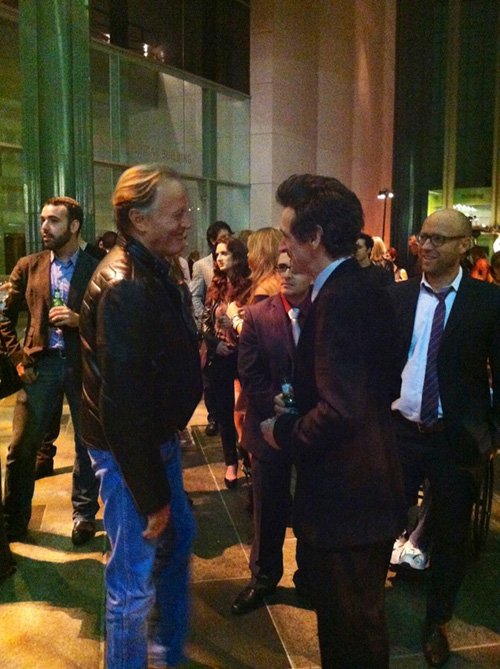 The Sessions Premiere at LACMA

If you get a chance to see the film The Sessions, which was considered one of the 2012 Sundance breakout hits, you will be captivated by the performances of Helen Hunt and John Hawkes. My wife, Parky and I had the chance to go to the premiere at LACMA. We were blown away by the brilliance of these two actors and the story. Writer and director, Ben Lewin, who is a polio survivor himself, wanted to portray what it is like to live life in an iron lung and still experience living a full life despite the physical constraints and most importantly, by not being intimidated by one’s own fears. It’s based on a true story. John Hawkes plays Mark O’Brien, a man encased in an iron lung who wants to lose his viriginity through the use of a sex therapist played by Helen Hunt. There are moments thoroughout the film that are palpable and resonate our human fragility. We all take breathing for granted. John Hawkes performance as an actor works a miracle to bring to the screen all the possibilities of life with such an extreme disability. Go see it! It’s incredibly funny, real, scary at times, and triumphant. I would consider this film in the running for the upcoming award season.