After The Golden Globes

After The Golden Globes

Last Sunday, Parky and I attended the Hollywood Foreign Press Association Golden Globes after parties. The Golden Globes is a fun and important awards ceremony. I’ve won two and been nominated for three others. We ran into several pals and met some new ones. At the HBO party, I met the arch-badass terrorist, Abu Nazir, played brilliantly by Navid Negahban on HBO’s hit show, HOMELAND. In real time, he’s an extremely nice young man with a great sense of humor. Delightful. And, naturally (as natural as anything at a gathering of motion picture and television elite) I ran into Damian Lewis (who plays Nazir’s protege, Nicholas Brody) shortly thereafter. I sauntered up to Damian muttering, “Damn terrorist sonovabitch! Traitor..,” and he grinned and shook my hand, telling me his favorite film of mine was THE HIRED HAND. He immediately un-terrorized me with that comment. He had won Best Actor in a TV series drama for his excellent work on HOMELAND bookended by Claire Danes’ best actress for the same show. I have worked with Claire in a film AS COOL AS I AM, just recently. Bumped into Mel Gibson, looking clear-eyed and good and my friend and co-environmental fanatic, Kevin Costner grasping his Globe for HATFIELDS & MCOYS. Also great to meet Benedict Cumberbatch of BBC’s SHERLOCK. Fifty-two years in the business will garner a few friends. We had fun.

Something Navid has said rings particularly true with me. He described the process correctly. The movie/play/TV role is vacation; the work is getting the next role. We actually DO work at our roles, it just seems like so much fun while we’re underway; so, it IS vacation, too. 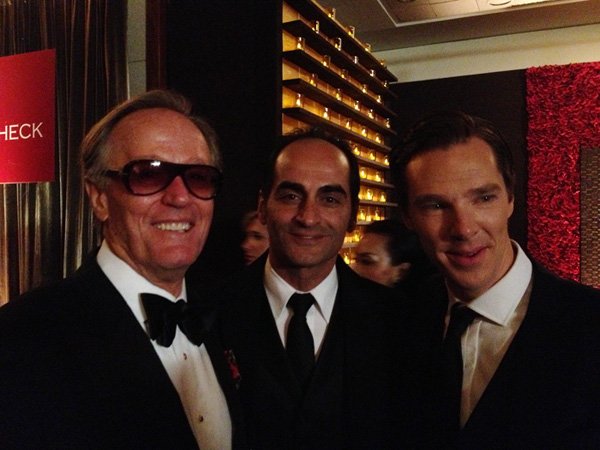 At the HBO After Party

Robert Patrick, Parky and me 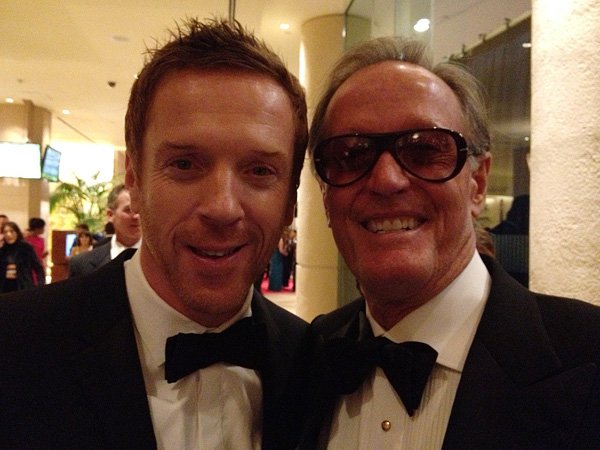 Damien Lewis and me 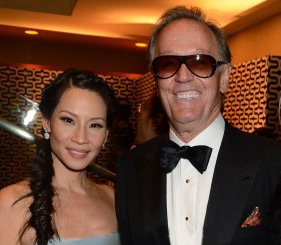 Lucy Liu and me