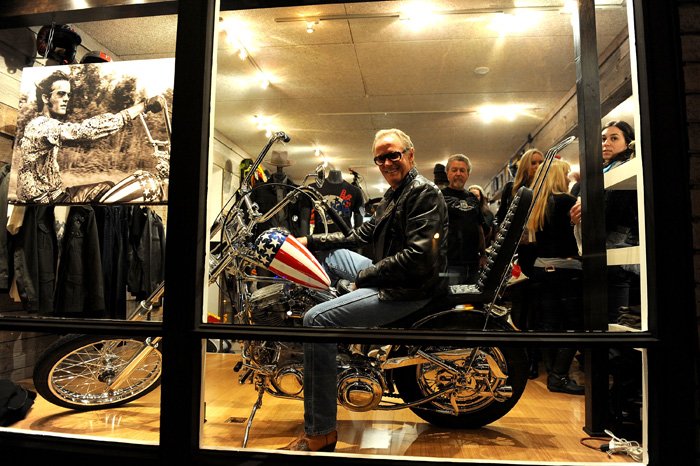 Around 160 people jammed Troy’s shop in Laguna Beach, California, during the two and a half hour party (Dec 8, 2012). The OC Register posted an interview about the Easy Rider collection and how the designs came to be. Troy Lee served his own Moto Brew to guests and I brought my ubiquitous Nalgene bottle of pure water. The merchandise has been a long time coming, and we’re just beginning now. We sold out everything on hand; helmets, gloves, T-shirts, caps, and posters. Troy had awakened early one morning, three days earlier, and began painting a large piece for the event. The painting was spectacular, and Troy had posters made from it just in time for the event. Another fellow had just finished painting the tank for a replica of my Captain America motorcycle, before he brought it to the shop. It was a very good replica and ran beautifully.

There were several bikes ridden to the event for a small show and competition. One of the coolest was a very different version of the Captain America bike’s flag theme; it was all in flat black and grey of several shades; the flag was dark grey and a lighter grey for the Stars and Stripes. There is a photo of me on that bike posted below.

A phenomenon that I have noticed over my years of riding to the bigger motorcycle rallies in the country: Rat Bikes. These are motorcycles that are anything but flashy and shiny chrome and paint. The have as much odd and junky things welded to their bikes as possible. And, over all these years, I have come to appreciate these rat bikes. Someone rode a rat scooter to the show, and Troy put it in the showroom. It had snowmobile-like foot rests that jutted out front; twin headlights that looked as efficient as a limo-like stretchedx Fiat 500; an old rusted Springfield WW1 rifle; cans, an old canteen and other junk pile stuff; and, most interesting to me, a real film can for shipping three reels of 2000 feet of film. These shipping cans don’t rust and are hard to come by. As we move into a digital film world, these old cans will be sought out for movie paraphernalia by old film buffs. Looking at the scooter, one might wonder if it really ran. It does. Perfectly.

Signing posters made from Troy’s artwork
Photo courtesy of WireImage 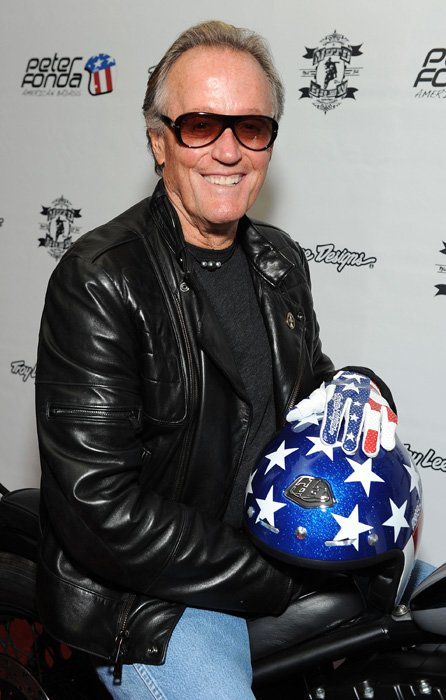 Troy Lee and me
Photo courtesy of WireImage 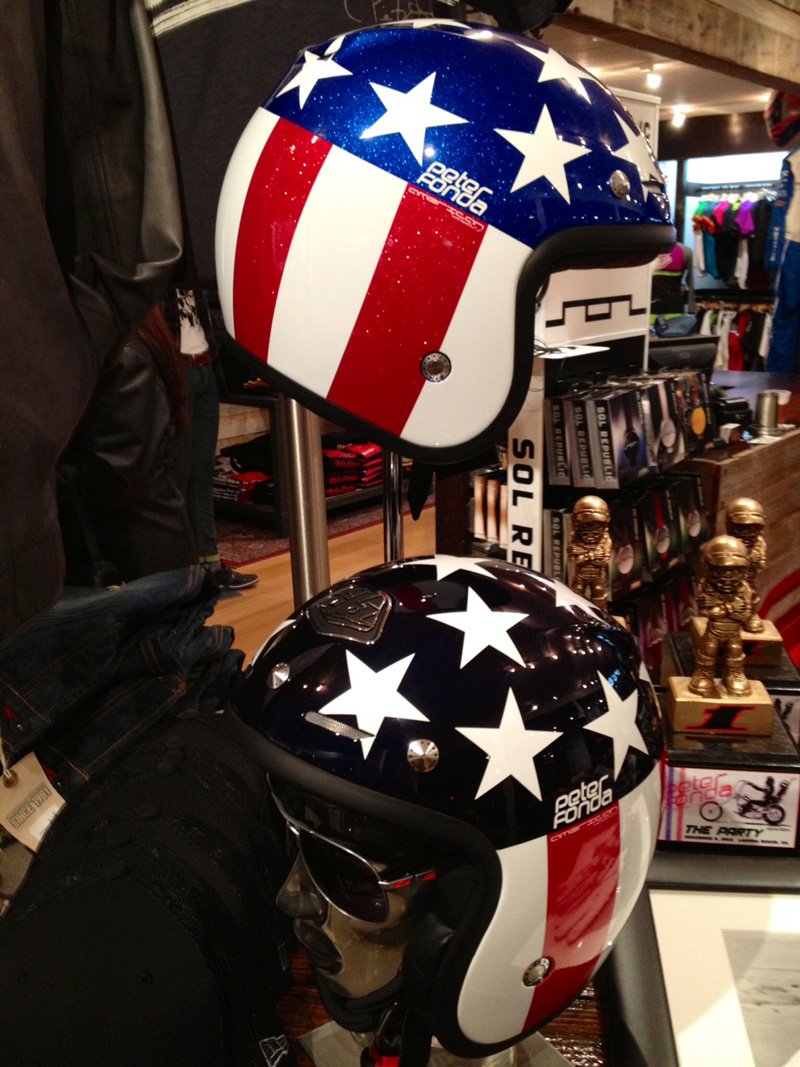