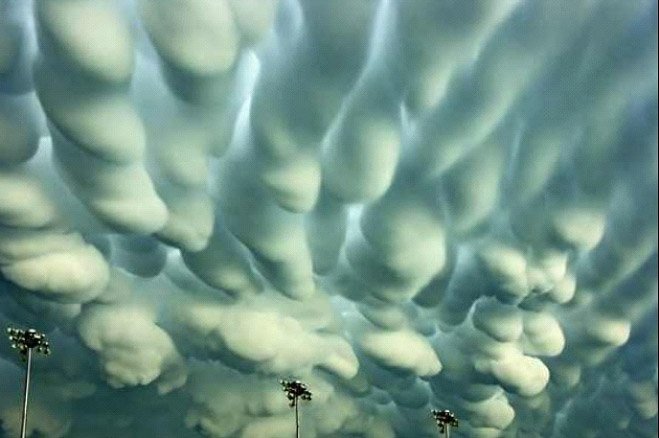 Photo Credit Stacey McGillis. This photo was taken just before she and David Mickey Evans (on the 20th anniversary tour of The Sandlot movie) took shelter in the basement of the venue where the show was canceled in Oklahoma City a few days ago. The clouds are definitely telling all to get to safety, NOW.”