Yesterday, my sister, Jane, was honored for her contribution in the art of cinema at the Chinese Grauman Theater which is now being called the TLC Theater, with her hand and footprints in cement. Robert Osborne officiated. Lilly Tomlin spoke first. Followed by Maris Shriver. Jane’s son and my nephew, Troy Garity, introduced his mother. Good friends and fellow actors; Eva Longoria, Jim Carrey, Lilly Tomlin, and Roseanna Arquette attended as well. Jane walked onto the stage and the audience broke into a loud applause. It was quite a moment for the family and for her fans. The actual imprinting in the cement of her fingers was a first. Jane chose to only have her right hand completely in the cement. The left hand formed a peace sign. Very cool! Then it was on to her high heels. After the ceremony was over and all of the photos were taken, Jane and I walked over to our Dad, Henry Fonda’s hand and foot prints. It was very emotional for both of us. The year our Dad had his hands and feet set in cement was 1942. Jane’s hand and foot prints will be right next to our Dads after they are dry. 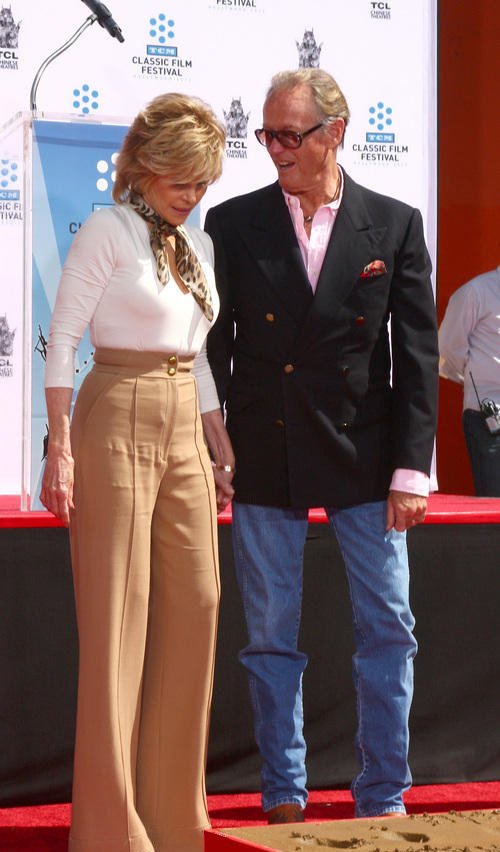 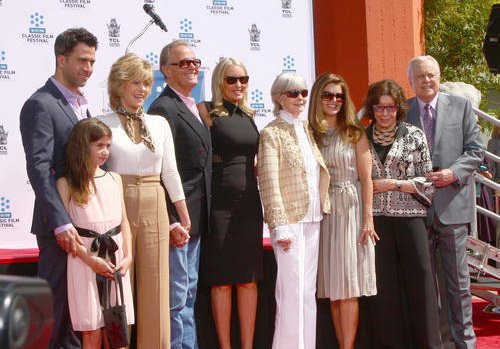 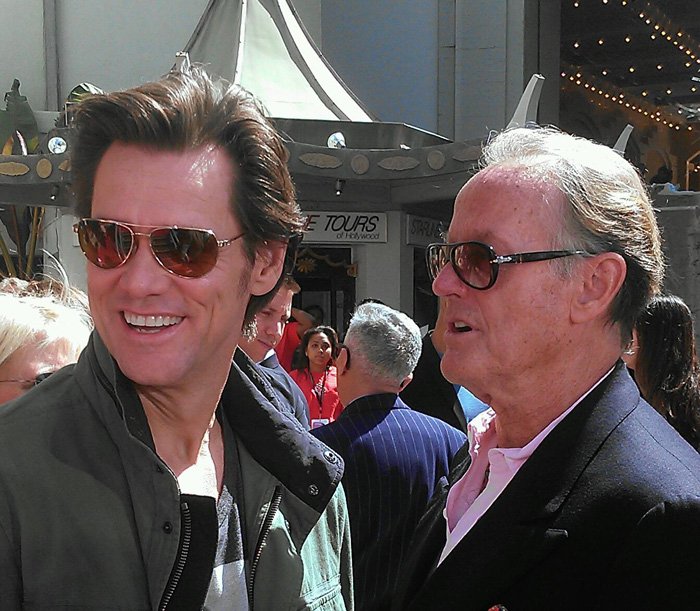 Jim Carrey and I 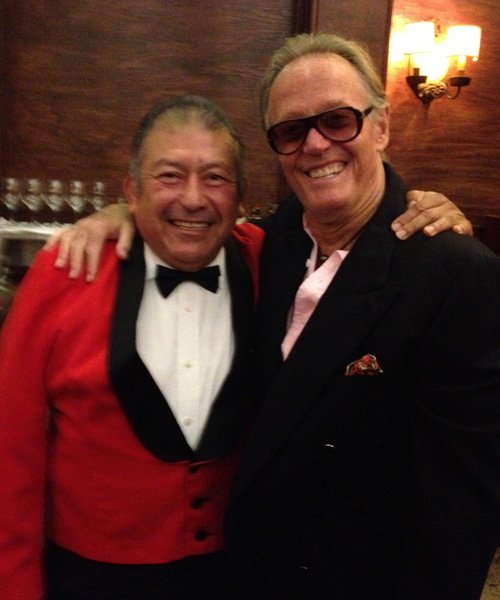 After it was all over, we had a luncheon at one of my favorite haunts, Musso and Frank Grill, with all of the family and Jane’s guests. Musso and Frank Grill has been open since 1919 and is a Hollywood legend. In the last 88 years, Musso’s has only had three chefs. Their martini’s and food have stood the test of time from Charlie Chaplin, Douglas Fairbanks and Rudolph Valentino to Marilyn Monroe, Gary Cooper, my Dad (Henry Fonda), his best friend, Jimmy Stewart, and Humphrey Bogart with Lauren Bacall. All were denizens of the red stools. A photo of a waiter, named Sergio Gonzalez (pictured left), who I have known for 41 years. Time flies in this town…

Before we left, Parky and I visited my star which is on the Walk of Fame almost in front of the Roosevelt Hotel on Hollywood Boulevard. I will never forget the memory of dancing on my star with my cowboy boots in 2003.