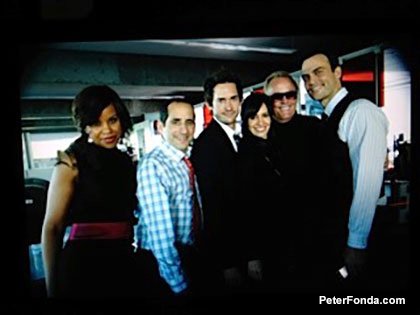 In the end of October 2013, I flew down to Atlanta, Georgia after I was cast in the role of Jonathan Quaff in a pilot for Lifetime called HR ( which stands for Human Resources). I play one of the founders of a liquor company and Alicia Silverstone stars as a woman who works as Director of Human Resources at the company. The plot thickens when Alicia’s character is in a car accident and suffers a head injury which skews her decision making. She throws standard corporate practices out the window and inspires the business to strive for new ambitions and profits. Her shocking and unorthodox ideas on how to upgrade the company are what attracted me to this script which is well written by Glenn Porter and directed by Darren Star who also did BH 90210 and the infamous, Sex and the City, and Sex in the City 2. I had a bast working with Darren, Glen, and all the actors!!! Stay tuned…