Steven Tyler and I have been friends for a long time. Most recently, hanging out watching the soon to be full moon rise over Nobu this past week in Malibu. Aerosmith is currently on tour so I hope you can go and see their show! They are headed to China next. Surprise Surprise, their song, “Janie’s Got a Gun” is banned from the play list in China.

The evening went swimmingly until…I stepped on stage to induct Steven and Joe into the Hollywood Bowl Hall of Fame. The stage manager, before I went onstage, met with me privately. She stated that the teleprompter had never failed BUT if it did, there was a brown leather folder on the podium. All I had to do, was open it and there inside would be my name, Peter. I would be able to pick up my short speech from there. WELL…as Supermoon Madness, Hollywood Bowl Magic, and Mercury Retrograde go, the teleprompter failed mid sentence after a few minutes on stage. It was a oh fuck moment!!! So in true Fonda form, I winged it after opening the brown leather folder and not finding my name with the speech inside. All ended well and the boys began playing a medley of songs: “Love in the Elevator” “Dream On”, “Crying”, “I Don’t Want To Miss A Thing” and last but not least, “Walk This Way”. What was most interesting was the ability of the orchestra to keep up with the staccato beat of the rapped verses of the song, “Walk This Way” Far Out!!!! Very hard to pull off and truly impressive!!! A great cap to the evening was the fireworks display over the band shell. I love fireworks!!! Can’t wait for the 4th of July!!!

What a memorable evening with all under the stars at the Bowl with a great big SuperMoon shining down!!! 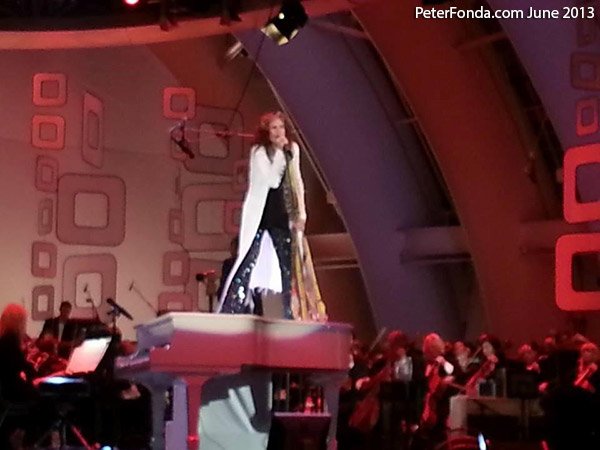 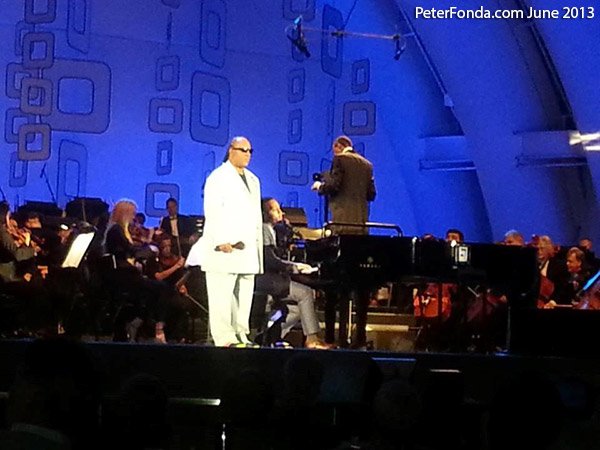 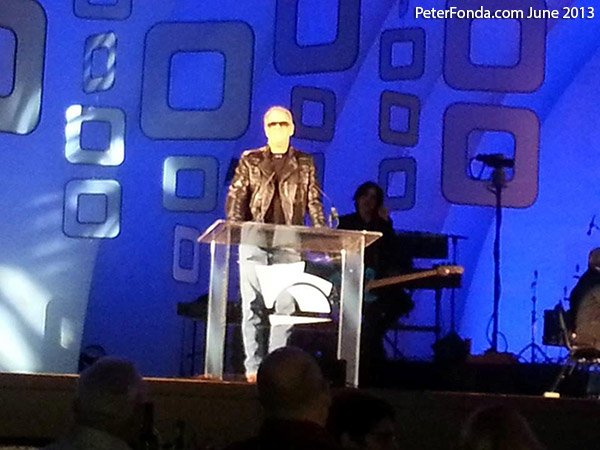 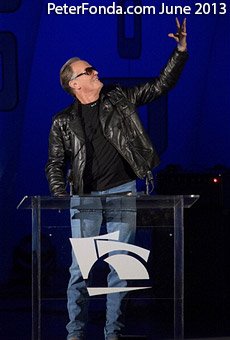 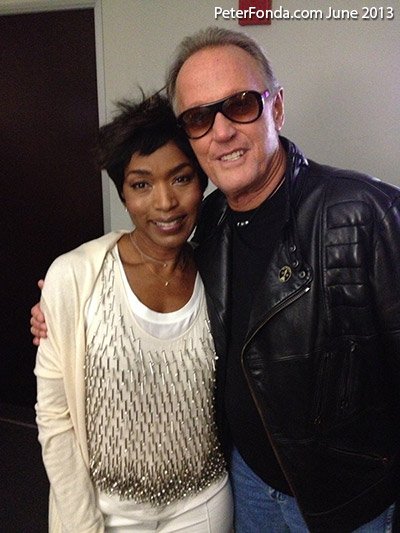