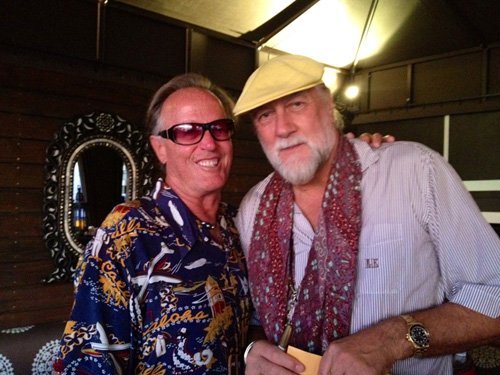 Mick Fleetwood opened a restaurant in Lahaina, Maui this past August. Mick is an old friend and he invited Parky and me to the opening night festivities. Mick invited Steven Tyler and Johnny Lang, along with Willie K and Mick’s blues band to rock the night away. The music was epic and Mick and the boyz didn’t disappoint. He played a five minute drum roll! Fleetwoods is a great spot to watch the sunset drop behind Lanai and Molokai! Mai Tai’s and music! Love my man Mick!