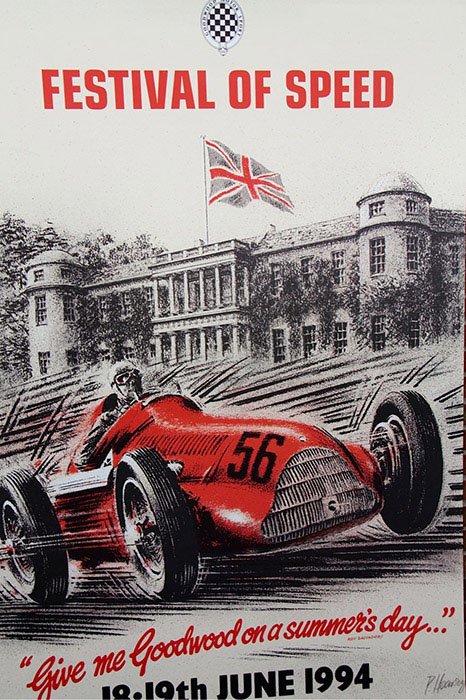 Lord March heard the thunderous applause (thank you very much!) in 2009 as I rode up The Hill on the bike to the infamous song, Born To Be Wild written by Mars Bonfire, whose lyrics are forever imprinted in the minds of so many fans and bikers and he decided to have Parky and I back for the 20th. We were thrilled and jumped at the invitation. 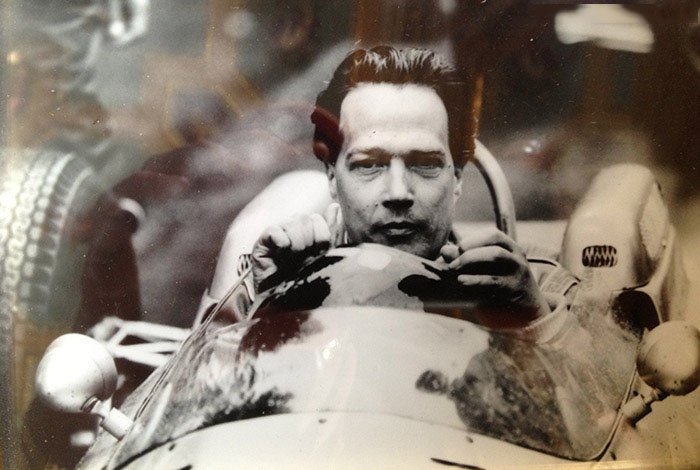 Photo of Lord March of Goodwood 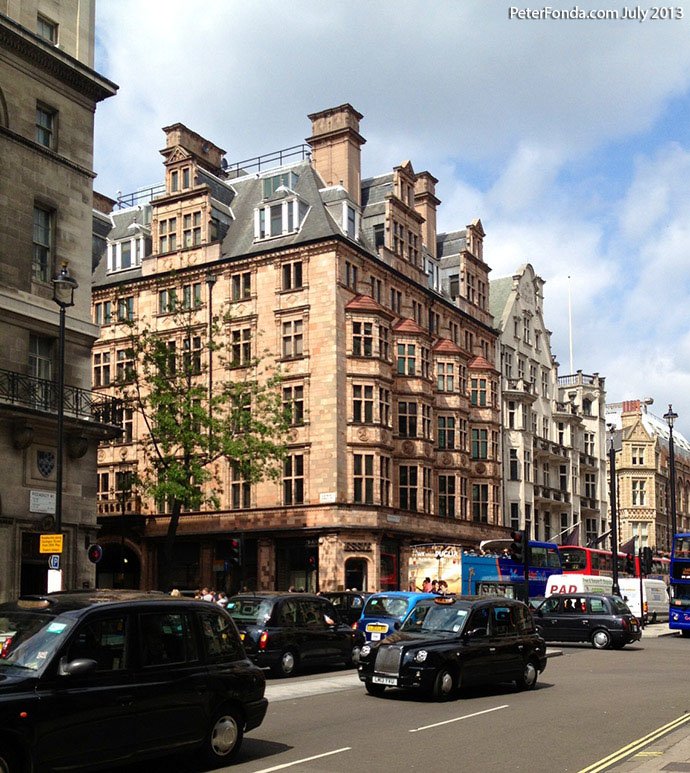 We flew to London on July 8th and stayed in London for a few nights to get ourselves in the time zone. While in London, we stayed at The Milestone Hotel in Kensington. It is such a beautiful hotel. Each room or suite has its own style and personality.

The first night, Pilar, Peter’s niece, picked us up and we had a wonderful dinner at her newly renovated home with her boys, Cosimo and Giacomo, and her best friend, Gillian. We laughed and talked and just felt that great feeling of just being in the company of family. My family is so difficult to get everyone together but when it does, its magic!

The next day, we had lunch at the Wolsey, went shopping at Selfridges, and then of course, High Tea at The Milestone Hotel. We also got to see a friend of ours, Theresa Scalia, who was in London at the same time. Her husband, Pietro Scalia is the brilliant editor on The Amazing Spider-Man I & in post production now on The Amazing Spiderman 2. He is a two time academy award winning editor and they are both great friends. 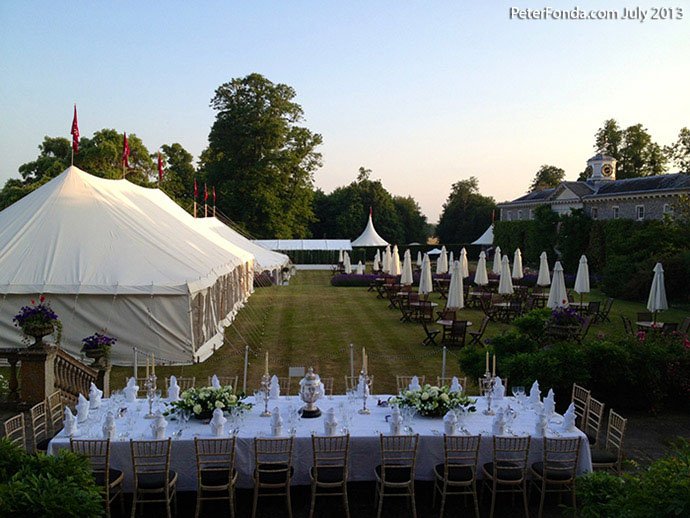 The following day we headed out to Goodwood in not one but two 2013 Audi A8’s; one for us and one for our luggage. Very cool!  It was quite an adventure navigating the narrow country roads of West Sussex. The countryside was beautiful and green from all the rain they have had up until the past week. 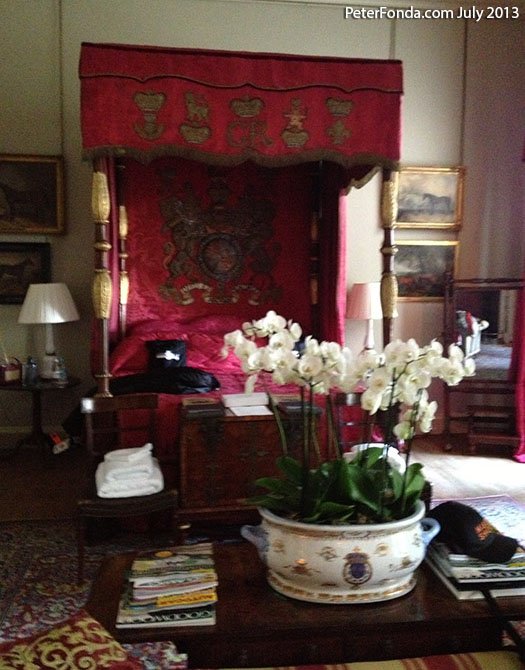 The schedule at the festival was intense; dinners, interviews, a gala dinner and the best part of all, riding the replica of my Easy Rider bike twice a day on the Hill course. The Festival has such an amazing attendance. There were 150,000+ people attending over the three days. 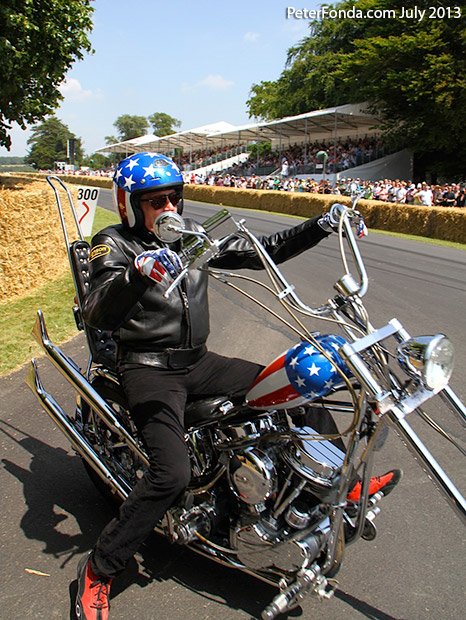 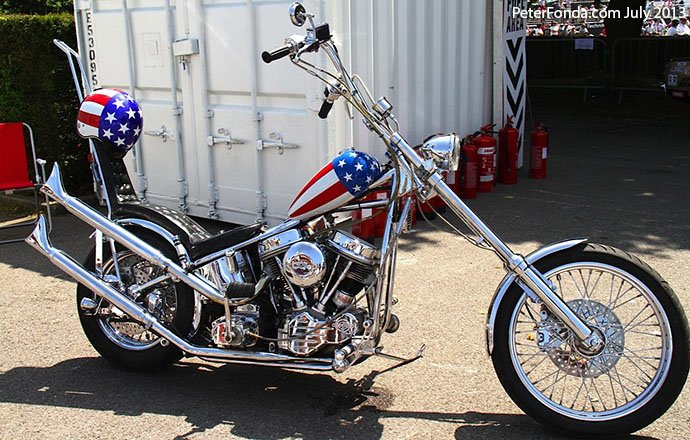 Some of the highlights for me was meeting Giacomo Agostini who is a 155 times world champion motorcycle rider and John Surtees, a champion motorcycle rider and formula driver, seeing Stirling Moss again who drove a 1955 Mercedes Benz formula car, the spectacular fireworks on several nights, The Red Arrow aerobatics, a fly-over and low passes of a Vulcan bomber, The Cartier Concourses de Elegance car exhibit and garden party, and hanging out with all of the drivers in the Drivers Club. 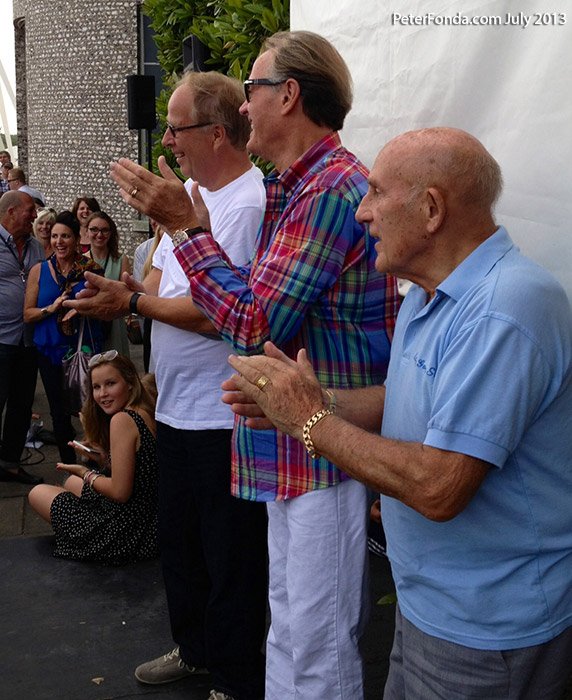 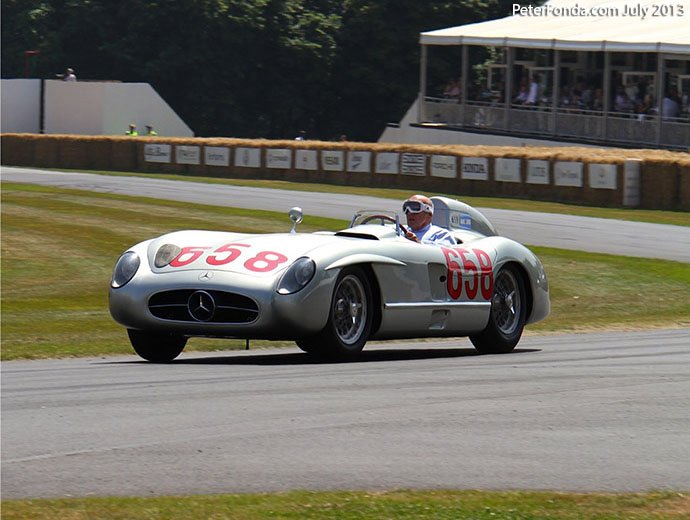 I have included some photos of the event and a video a photographer shot in slow motion of me speeding around the track.

Enjoy!!! If you are ever have a chance to attend the Festival of Speed, GO!!!! 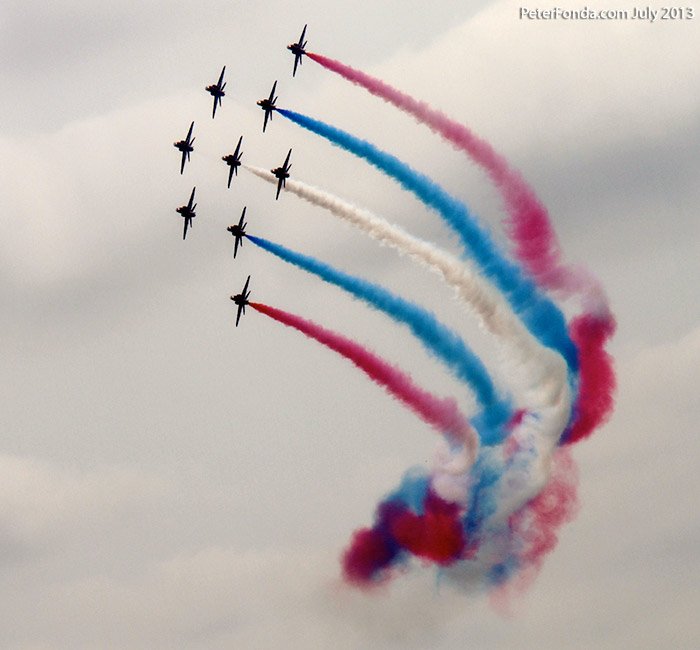 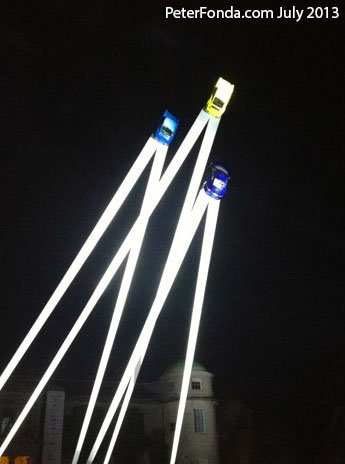 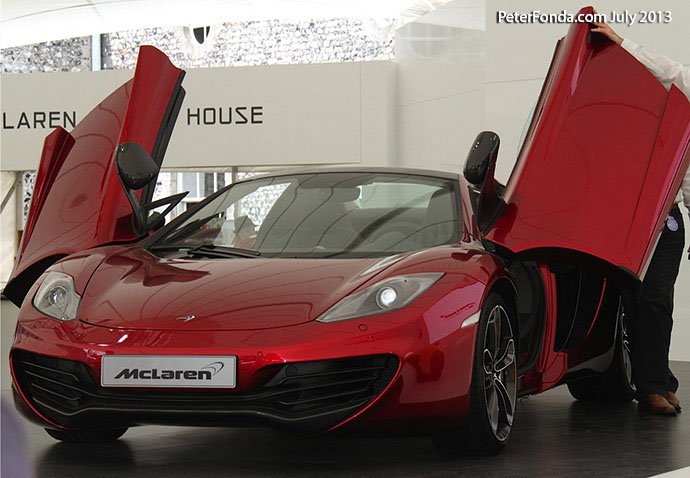 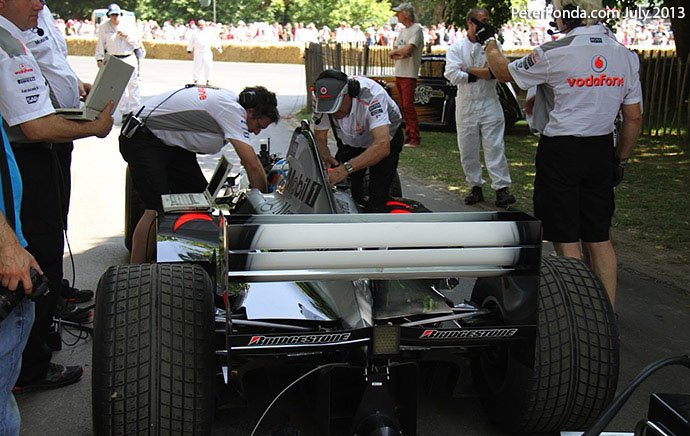 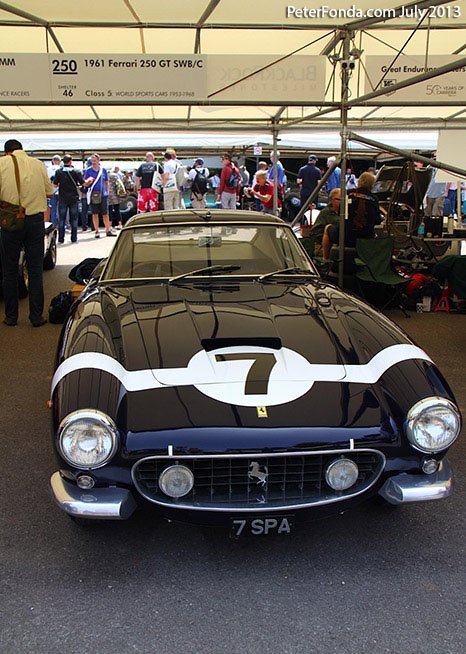 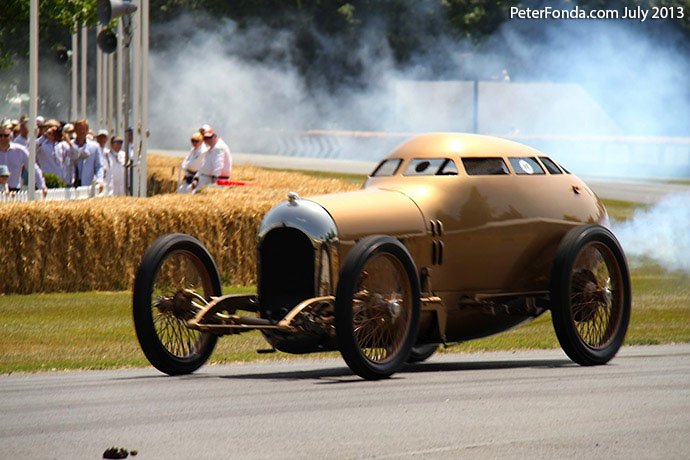 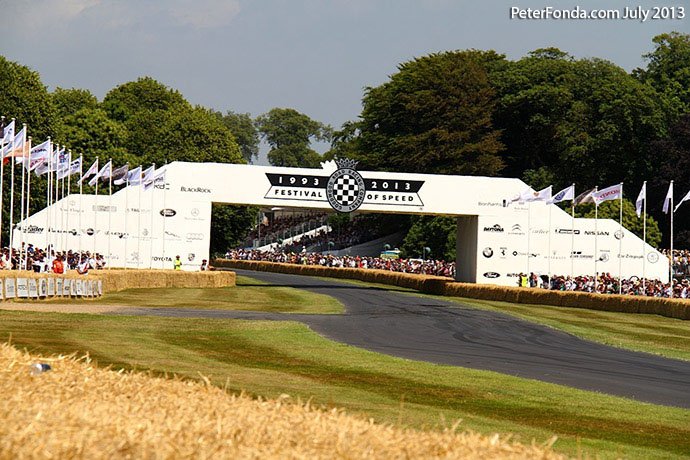