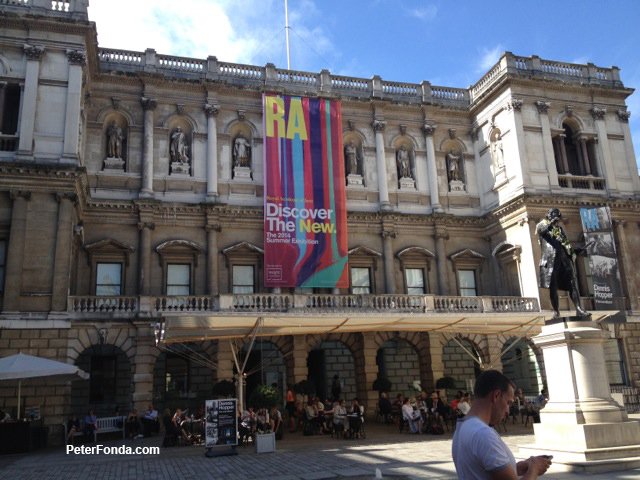 In July, Parky and I traveled to London as the guests of the British Film Institute or the BFI to do an event in conjunction with The Dennis Hopper’s The Lost Album Photographic Exhibit at The Royal Academy of Art from June 26th-October 19th 2014. I was thrilled to be asked to do this as I love London and especially, celebrating Easy Rider and several other films I did over the course of my film career.

We flew in and immediately went to see Coldplay at The Royal Albert Hall. Chris Martin, whom I worked with last Spring on a music video, invited us and the concert was one of the most amazing concerts I have ever experienced.

The BFI evening went extremely well. I did a Q and A before the screening of Easy Rider. I enjoy very much interacting with audiences as they always have such interesting questions about the films I have made. After the event at the BFI, we attended a dinner given by the BFI for their organization and sponsors.

While there, between interviews, we were able to have dinner with my niece, Pilar Corrias, who owns the Corrias Gallery in Chelsea. We have become very close and and will spend more time together this fall at the Corrias family villa near Rome.

On the jet, before we left the Heathrow terminal, the captain of the flight asked Parky and myself to come up and sit in the cockpit. What a thrill to sit and chat with the captain inside the cockpit of a 777! If you ever get a chance to do this, go for it! It’s amazing to see what’s involved flying one of the largest aircraft in the world!!! 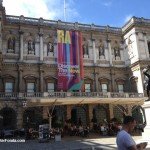