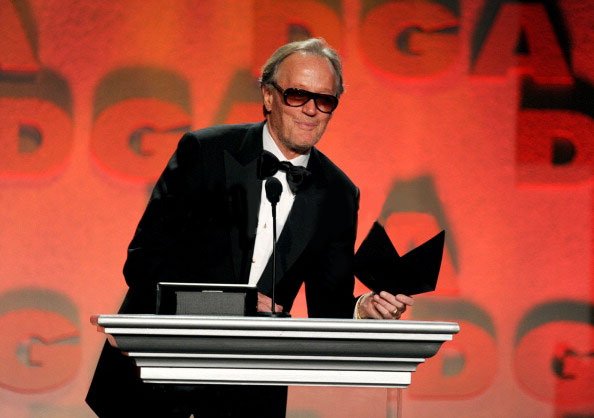 Parky and I attended the DGA Awards evening February 2 and had a terrific time. I was the presenter for “Movies for Television and Mini Series”. I was pleased to present the award to Jay Roach for “Game Change”. We sat at a table with George Stevens, Jr, his wife, Elizabeth, son, Michael, and beautiful daughter, Caroline. My entire family has known the Stevens family for decades. George is the founder of The American Film Institute and the Kennedy Center Honors. The DGA Awards dinner is a fun time for me. It is more informal and table-hopping is great, as it gives me the chance to see old friends I have missed during the year and meet new ones. It is a privilege to be part of this Guild and even better to be a presenter. 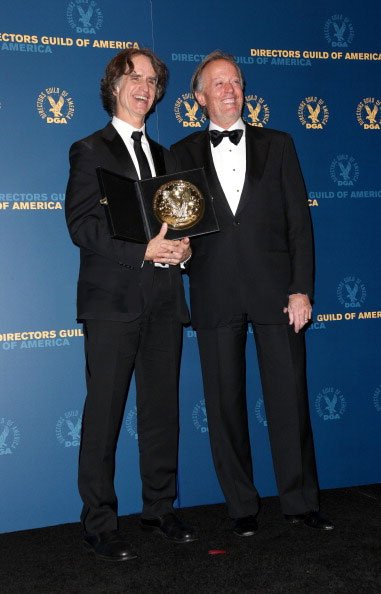 Presenting the award to Jay Roach 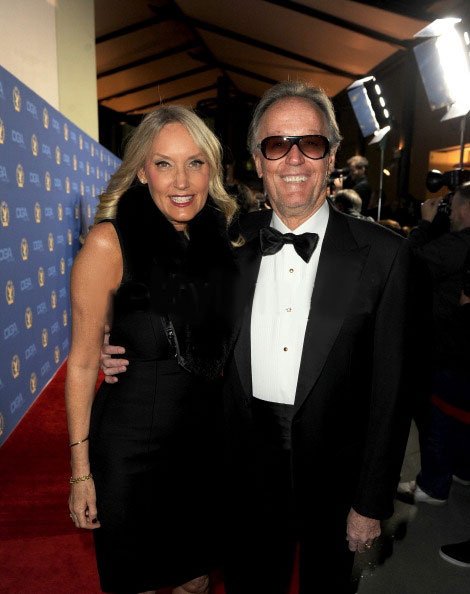 Parky and me, on the red carpet. Photo Credit: Kevin Winter

George Stevens Jr. and me